Almost one and half-year before Raspberry had launched a revolutionary update on their Single Board Computer (SBC) Pi 3 and become most popular Microcontroller board in the community which is known as a Raspberry pi 4. On the same timeline, the Raspberry pi foundation came with new astonishing SBC named as a Raspberry Pi PICO.

The main highlighted thing about RPI PICO it is the Lowest cost and Smallest size development board from Raspberry pi Foundation ever which will cost you just 300 to 400 INR only.  On the technical side, it is equipped with RP2040 Microcontroller chip developed by Raspberry Pi Foundation itself. RP400 is their first dual-core ARM Cortex M0+ processor-based latest small-sized, budget-friendly microcontroller.

The RP2040 is supported with both c / c ++ and micro-python, meaning that if you’re a beginner and want to learn any of these languages, it would be the best product-option to start with.

Be the first to review “Raspberry Pi Pico” Cancel reply

Raspberry Pi 4 Model B is the latest product in the popular Raspberry Pi range of computers. It offers ground-breaking increases in processor speed, multimedia performance, memory, and connectivity compared to the prior-generation Raspberry Pi 3 Model B+
not rated ₹3,540.00 Add to basket 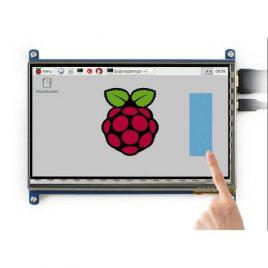 This 7" Capacitive Touch Screen LCD enhances the UI experience in any project. It supports various systems such as  Raspberry Pi/ Banana Pi/Banana Pro. The built in HDMI interface enables the display to work as computer monitor just like any other HDMI screen.
not rated ₹4,130.00 Read more 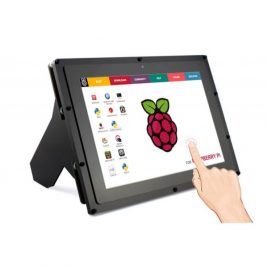 This is very nice waveshare 10.1 inch HDMI IPS display with 1280 x 800 resolution and capacitive touch screen, perfect as a kiosk or mini computer if you combine with Raspberry Pi
not rated ₹9,440.00 Read more